The UAE’s newly amended nationality law will go a long way in fostering the country’s scientific ecosystem, according to the managing director of Dubai Science Park.

Marwan Abdulaziz Janahi told Arabian Business that he believes granting citizenship to select foreign scientists twill contribute immensely to solving the shortage of local science talent, a challenge he has been raising for some time.

Occupancy in Dubai Science Park has been increasing over the past few years with 400 companies and 4,000 professionals on its roster today following a global push to bolster healthcare systems during the pandemic which catalysed biotechnology, pharmaceutical and life sciences leaders to join the business district.

In an exclusive interview, Janahi maps the path to increasing science-related innovations in the UAE and the region and reveals the plans the park has in store for 2021.

Established in 2005, Dubai Science Park is home to leading local and international institutions including the UAE Ministry of Health and Prevention, Pfizer, Medtronic, Olympus and Mettler Toledo.

How would you describe 2020 for the health sciences sector and Dubai Science Park?

2020 was a very interesting year for everyone, but particularly for science. You can see this on two levels where all people are speaking about these days is ‘have you been tested?’ or ‘have you been vaccinated?’. That’s really the core of what has happened and here we are looking at early diagnostics, genetics, DNA, how we are understanding our body better and how doctors are using this information to make better decisions.

There is also the therapeutic side, which is vaccinations, biotech products, cancer products. In both areas, I think, the research and the science behind it is becoming stronger and stronger and, for our region, this also means that this is really the future and we should pay a closer look at it. 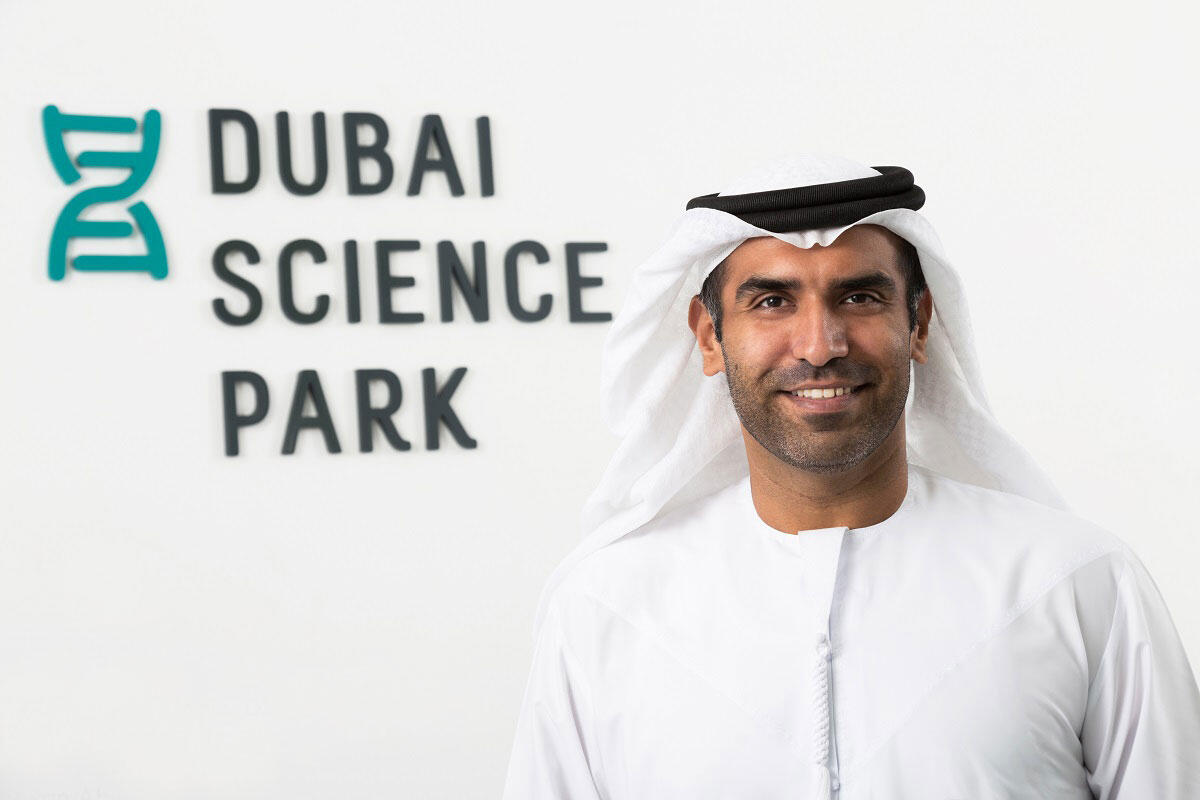 A problem we have in the region is the low volume of science talent. How can we get more citizens interested in pursuing a career in science and bio-medics?

I’ve been in the company for a long time and I was always very passionate about how other countries around the world come up with innovations and R&D and the core answer is really talent and the number of experiments.

In any science innovation, the output is the number of Intellectual Property registrations which eventually will become a product, or will be acquired by a company.

The input is the students, the PhDs in universities. For the last 10 years, I would say that the number of universities offering science degrees has increased. NYU Abu Dhabi, MBRU Dubai, Khalifah University are all establishments that solely focus on science and on bringing the talent of tomorrow, but the question is, is that enough? I don’t think so.

Because, again, our numbers are small. This is where the announcement that was made recently regarding the citizenship is great news. It will almost immediately elevate the level of scientists that we have available.

We do have several scientists from local universities but they haven’t been exposed to world-renowned scientists, for example, or to people who have their own inventions.

So if you put that together, you’re immediately increasing the level of expertise and exposure. I think this is very important because what we really need to create is success stories.

Today, generally speaking, scientists in the Arab world are not able to see the fruits of their work. They think that it may not happen, they will need to go somewhere else, there is no funding or industry adoption of their ideas etc.

But, once the citizenship happens, and there are a few science success stories, there will be even more interest to study science and technology and that will increase the numbers automatically.https://www.youtube.com/embed/Qnaj63hP1CE?enablejsapi=1

How close do you think we are to having a scientific breakthrough come out of the UAE?

It will not be immediate. We need to work on the ecosystem, including infrastructure, regulations and access to regional funding.

So we’re almost ticking all the boxes. Probably, the whole element with citizenship and how much we value talent is the last box that we have ticked.

I’m yet to see investing in science versus companies, however. A lot of ideas get stuck in that early phase because they’re just ideas so there needs to be funding that is pushed, and that de-risks science so that companies and investors will pick it up.

Here we are not talking about Private Equity or VC funding but more about grants and government funding that is made available at a large scale. This is something that we have here somehow but there should be more of it.

What is missing from having more funding available to scientists based in the UAE?

I would say the exposure to other scientists and really creating equal opportunities for people from the region to be exposed to others who have done it before creates a success story so that other scientists would be encouraged and excited to do the same.

What’s in the pipeline for the Dubai Science Park for 2021?

A new state of the art hospital is almost finished, and we will be talking about that closer to the date, and we are working on a community park for the people who work and live in the area.

We also have three projects for R&D centres that are under construction and will be ready next year. We’re very excited that some companies have decided to create regional R&D centres in Dubai Science Park. 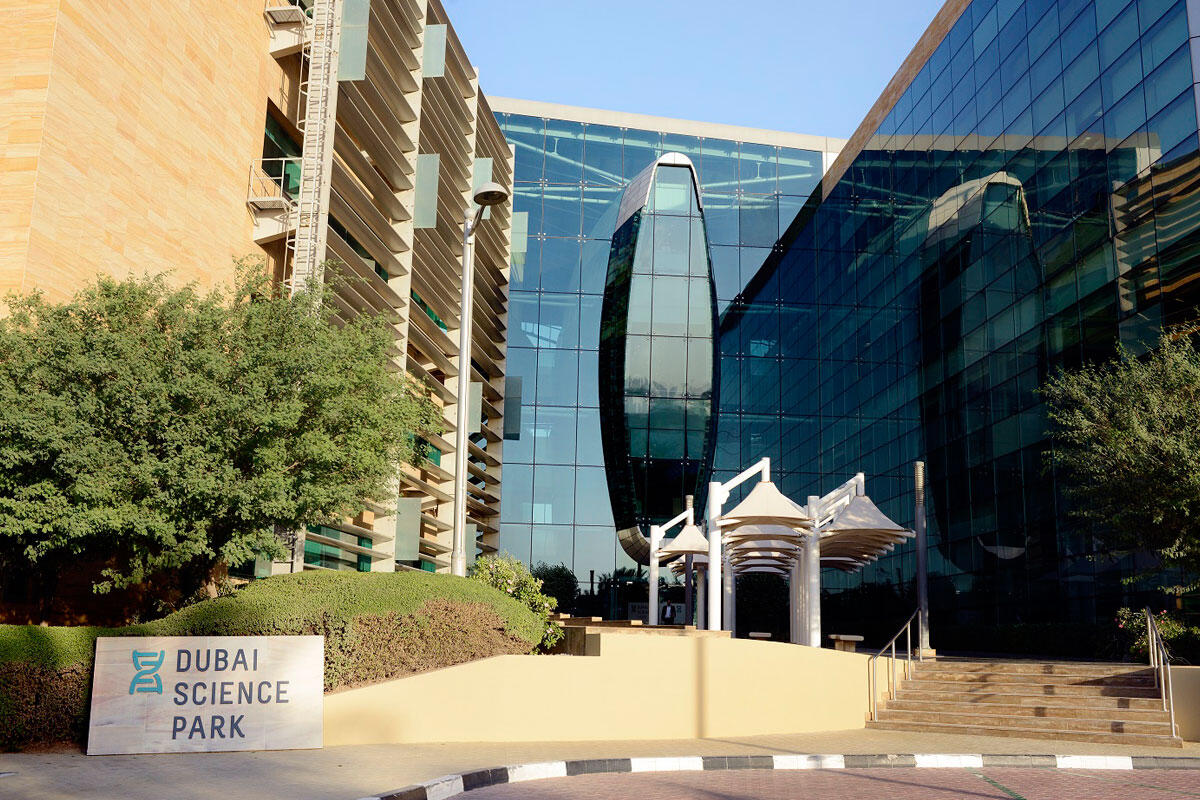 So it seems like research and development will continue to be a focus going forward?

R&D isn’t something that happens overnight, it takes a long time. Again, it’s really about creating the ecosystem and I think if there is one missing element, you really can’t be successful. I’m proud to say that Dubai has almost everything when it comes to the ecosystem although it probably needs more of some areas.

I think this pandemic has really brought all the efforts together to look at the future and make sure that we’re not only able to beat the pandemic but be ready if it happens again.

Reimagine the future of healthcare with Philips at Arab Health 2021