Why the pioneering Emirates Mars Mission, which blasted off from Japan on July 20, is about so much more than an up-close view of the Red Planet.

The collective sigh of relief across the UAE could arguably have launched the country’s Hope Probe itself shortly before 2am on July 20. After two postponed attempts due to the weather and an unfavourable forecast for the launch site at the Tanegashima Space Centre in southern Japan, many would have been forgiven for thinking the Emirates Mars Mission, first announced in 2014, would be the latest addition to 2020’s seemingly interminable list of bad news.

Yet the country’s leaders consistently repeat the mantra that nothing is impossible, everything is possible. And, in this case, so it proved. As the countdown clock ticked off the numbers on the world’s tallest building in Dubai, thousands of miles away the launch was lighting up the early morning sky in Japan as the rocket carrying the probe scorched away from its platform. Destination: Mars.

Exulting the occasion, UAE President Sheikh Khalifa bin Zayed Al Nahyan said: “We followed with great pleasure and pride today the news of the successful launch of Hope Probe, whose idea was developed within our national and research institutions and was designed and manufactured with the effective participation of a young national elite of bright minds – highly qualified and trained and sincere young Emiratis.

“Hope Probe represents another high-quality, high-value addition to the UAE’s outstanding achievements that will enter history as a source of pride for the UAE and its people.”

The Emirates Mars Mission, which has been six years in the making, represents the culmination of an innovative knowledge transfer and development programme between the UAE and several international partners.

Working closely with US educational institutions such as the University of Colorado, the University of California-Berkeley and Arizona State University, Emirati scientists completed the Arab world’s first interplanetary space probe while laying the foundations for a sustainable and dynamic space exploration industry in the UAE. 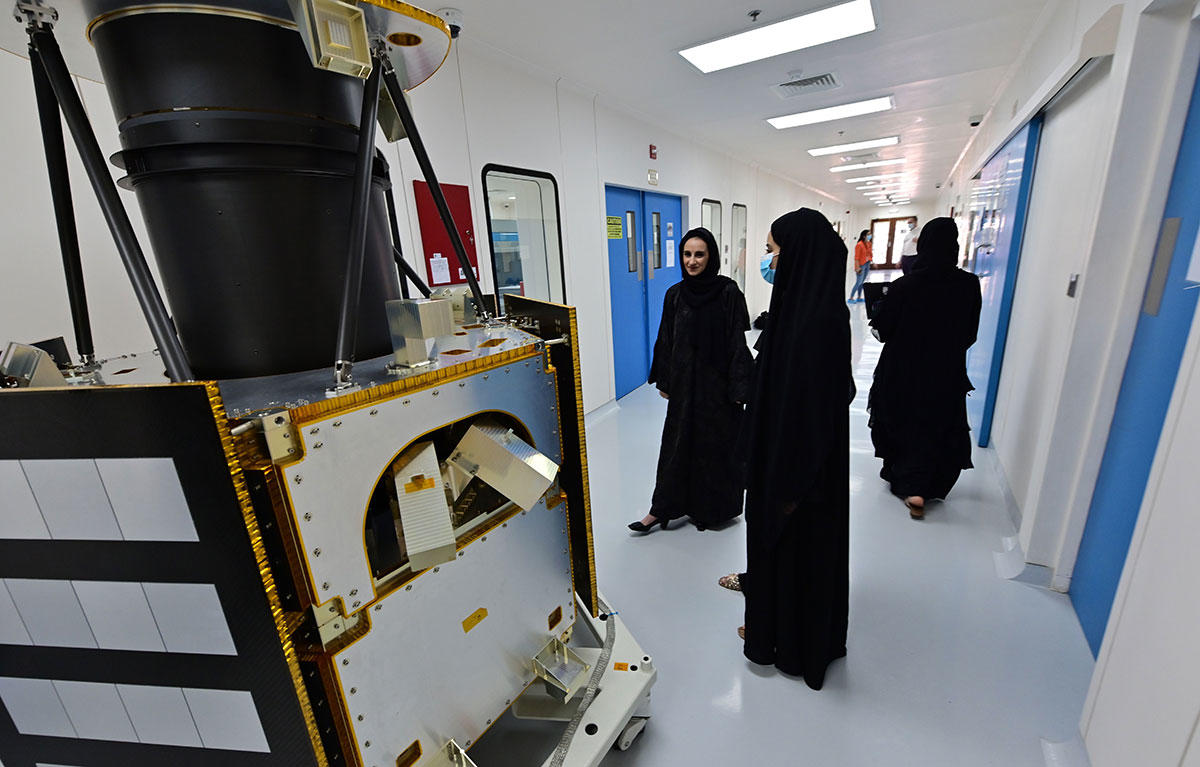 Engineers inspect a model of the KhalifaSat, which was launched in 2018

The 1,350-kilogramme (2,970-pound) probe – about the size of an SUV – successfully detached from the Japanese launch rocket about an hour after blast-off, with a UAE space official hailing the launch as an “important milestone for the UAE and the region”.

It is the latest in a long line of expeditions to the Red Planet. Several dozen probes have set off on the same trajectory since the 1960s, and indeed two have already been launched this year. While Tianwen-1 from China and Mars 2020 from the United States will attempt to land on its surface, the UAE’s probe will orbit it for a whole Martian year – 687 days, or just less than 23 months.

Hope will take seven months to travel the 493 million kilometres to Mars, in time to mark the 50th anniversary of the emirates’ union in 2021.Once in orbit, one loop will take 55 hours at an average speed of 121,000kph, while contact with the UAE command and control centre will be limited to six to eight hours twice a week.

Three instruments mounted on the probe will provide a picture of the Mars atmosphere throughout the Martian year. The first is an infrared spectrometer to measure the lower atmosphere and analyse the temperature structure.

The second is a high-resolution imager that will provide information about ozone levels. And the third, an ultraviolet spectrometer, is set to measure oxygen and hydrogen levels from a distance of up to 43,000 kilometres from the surface. Examining and analysing the atmospheres of other planets will allow for a better understanding of the Earth’s climate, officials say.

Omran Sharaf, the mission’s project manager, said Hope Probe will offer a special perspective on the elusive Red Planet. “What is unique about this mission is that for the first time the scientific community around the world will have an holistic view of the Martian atmosphere at different times of the day at different seasons,” he told a pre-launch briefing.

“We have a strategy to contribute to the global effort in developing technologies and science work that will help one day if humanity decides to put a human on Mars.” 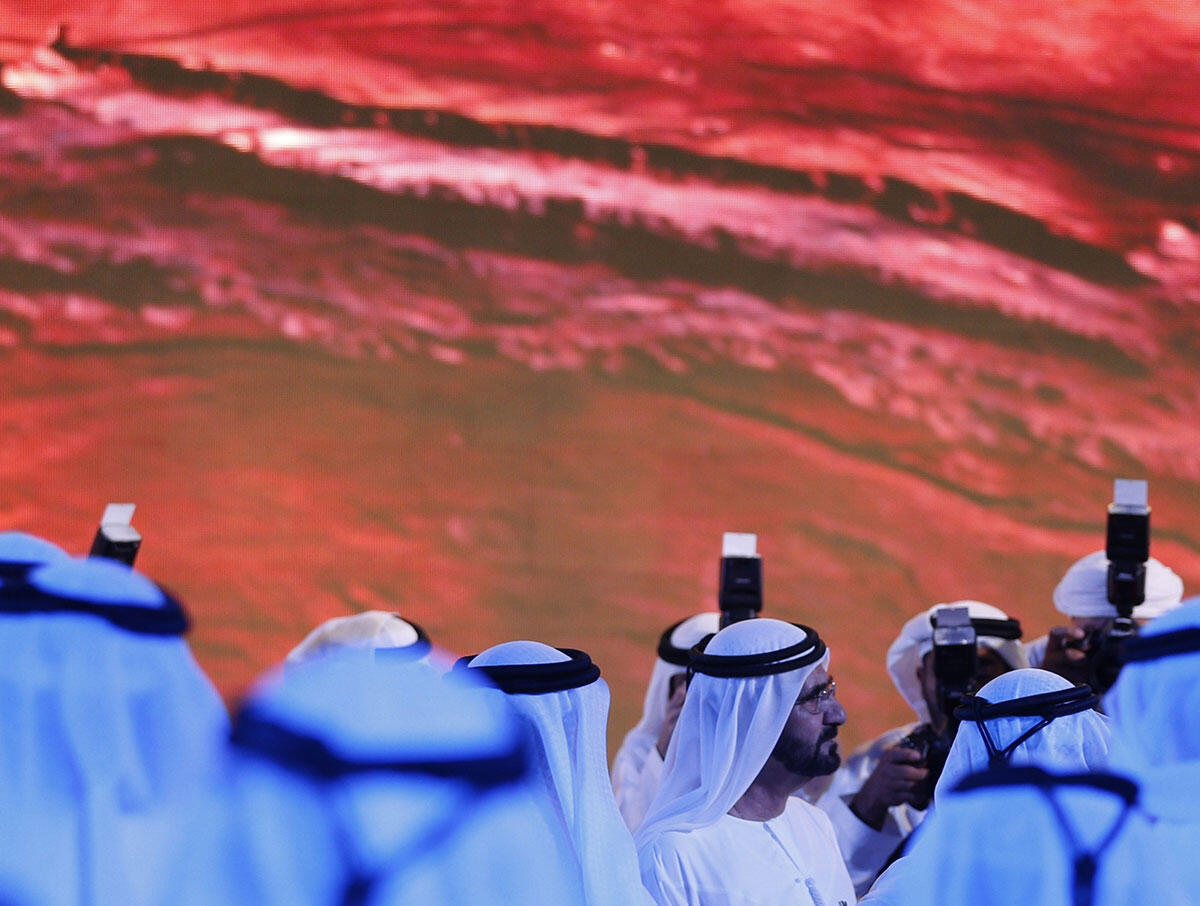 The UAE already has nine functioning satellites in orbit, and has plans to launch another eight in coming years. But the country’s ambitions go well beyond that, with a goal of building a human settlement on Mars, in collaboration with major international space institutions, by 2117. “I think we’ll get there,” said Dr Lori Glaze, planetary science division director at NASA.

These are all bold, ambitious plans, but whether the Hope mission succeeds, or if the UAE can colonise the Red Planet or not, is almost secondary. The project has been designed to inspire a region and recall its heyday of scientific advances almost 1,000 years ago.

Sharaf said in a recent interview with CNN: “Reaching Mars is not the main goal here, it’s a means to a much bigger goal. It’s about the future of our economy, about creating the post-oil economy – a creative, innovative and a competitive economy.

“The UAE government wanted to inspire Emirati youth to go into STEM (science, technology, engineering and mathematics) and wanted to use this mission as a catalyst for change in multiple sectors, which includes the academic sector, the industrial sector and the economic sector.”

In that respect, it can already be considered an overwhelming success. Officials have also pointed to the interest generated by Emirati superstar Hazza Al Mansouri, who made history last year as the first UAE astronaut to travel to space.He returned home to a hero’s welcome after an eight-day mission in which he became the first Arab to visit the International Space Station, where he took part in scientific experiments including a time-perception study.

Earlier this year it was revealed that there had been more than 3,000 applicants for the second edition of the programme, 33 percent of which had come from local women, a goal Al Mansouri had himself championed.

“Emirati women inspire us every day. She is a pilot, an engineer, a doctor, mother, sister, wife and daughter. I believe that women can achieve anything they want by determination and persistence,” he said. 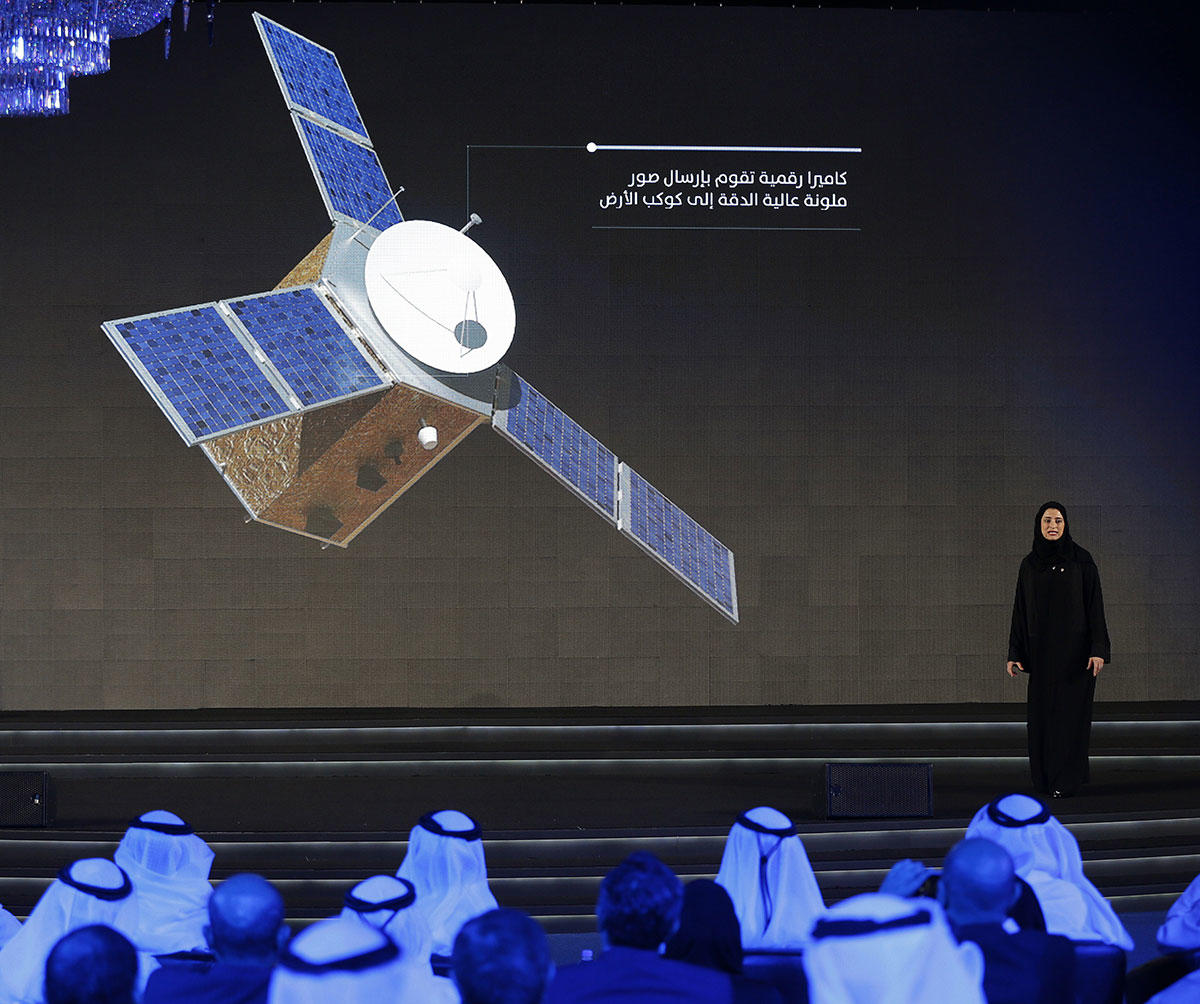 As part of the Mars Mission, Sarah bint Yousif Al Amiri, Minister of State for Advanced Sciences, and deputy project manager and science lead of the UAE’s Mars Mission, Hope Probe, and her team conducted a lot of educational and outreach programmes for youngsters of various ages to offer in-depth knowledge on building the systems and the role of scientists, researchers and engineers in the space sector.

The Mars Mission has also resulted in a quantum leap for the UAE’s Mars science capability, with a programme designed to train young engineers at the Mohammed bin Rashid Space Centre (MBRSC) in science data analysis and research.

“We’ve also included research experience and arranged an apprentice programme for our engineering team abroad, where they worked with world-renowned scientists in the areas of research. They were also able to gain valuable experience, presenting their research outcomes in major conferences,” she says.

“This has exposed our young people to all the possibilities of the science and technology sector and allowed them to select the areas that they are passionate about and where they will be able to create an impact,” she adds.

“The launch of Hope Probe has certainly created a new era in the history of UAE’s scientific achievements. It is not merely the first Arab space mission to Mars, rather a true inspiration for our youth,” she said. 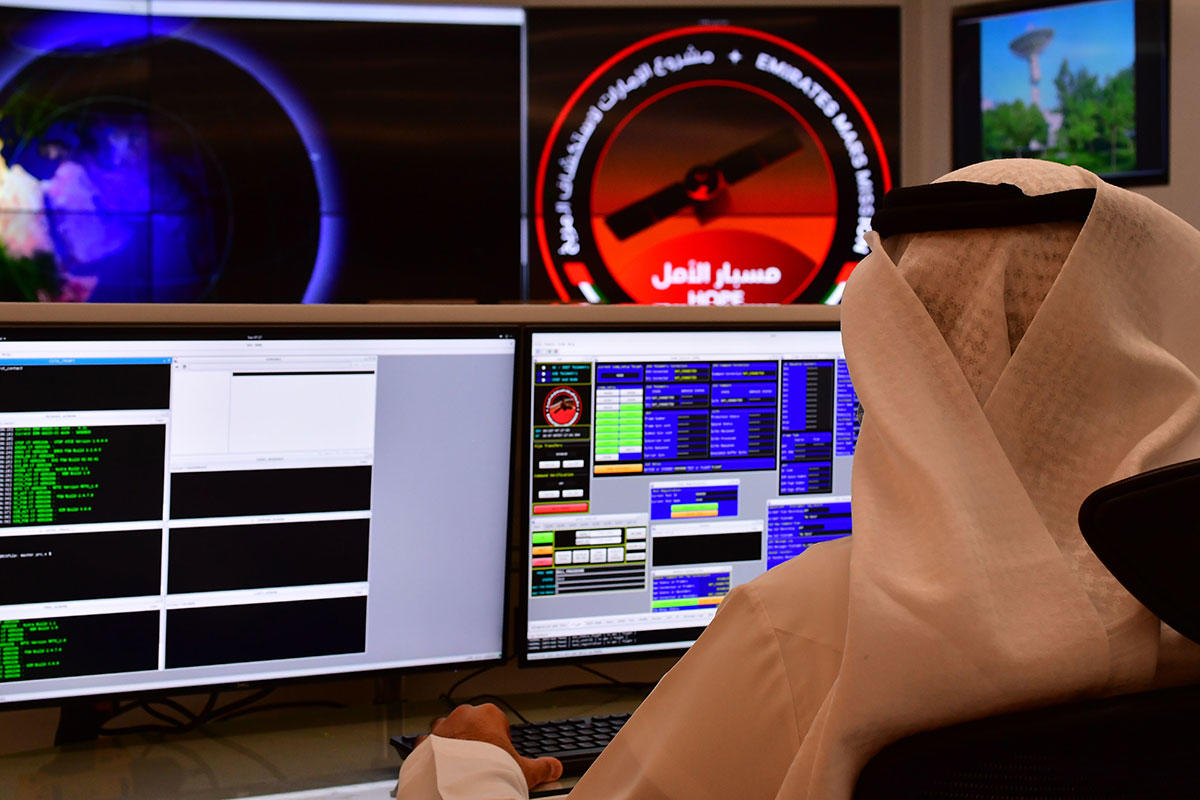 “The UAE’s space programme acts as a catalyst for the growing STEM-based sector in the country, which has changed perceptions of students about careers in the field. Universities have and are working towards introducing specialised STEM degrees like physics, astronomy and space sciences,” she added.

Further evidence of this is through the UAE’s Arab Space Pioneers programme, which attracted 37,000 applications in two weeks. Overseen by the UAE Space Agency, it aims to build Arab expertise in space science and technologies and empower the region’s talents in the creative and scientific industry to practice their passion in space-related studies. Egypt dominated the applications, with 19,391 seeking a place in the three-year programme, followed by Iraq (6,447), Algeria (4,836), Morocco (3,107), UAE (692), Jordan (681), Palestine (422), Syria (406), Tunisia (370) and Saudi Arabia (361).

The UAE’s Mars Mission will also inspire new projects and enterprises, including big companies and SMEs in all sectors to take risks and then find a way to succeed, according to Sarah Al Amiri.

“When you talk about transforming the economy and developing science and technology, and building new companies and small and medium enterprises, it depends on the capability to take risks, mitigate them and come out with larger impacts,” she says.

“There is a greater appetite for risk in the Mars Mission, which is a project that is five times more complex than any other space mission we have undertaken.” 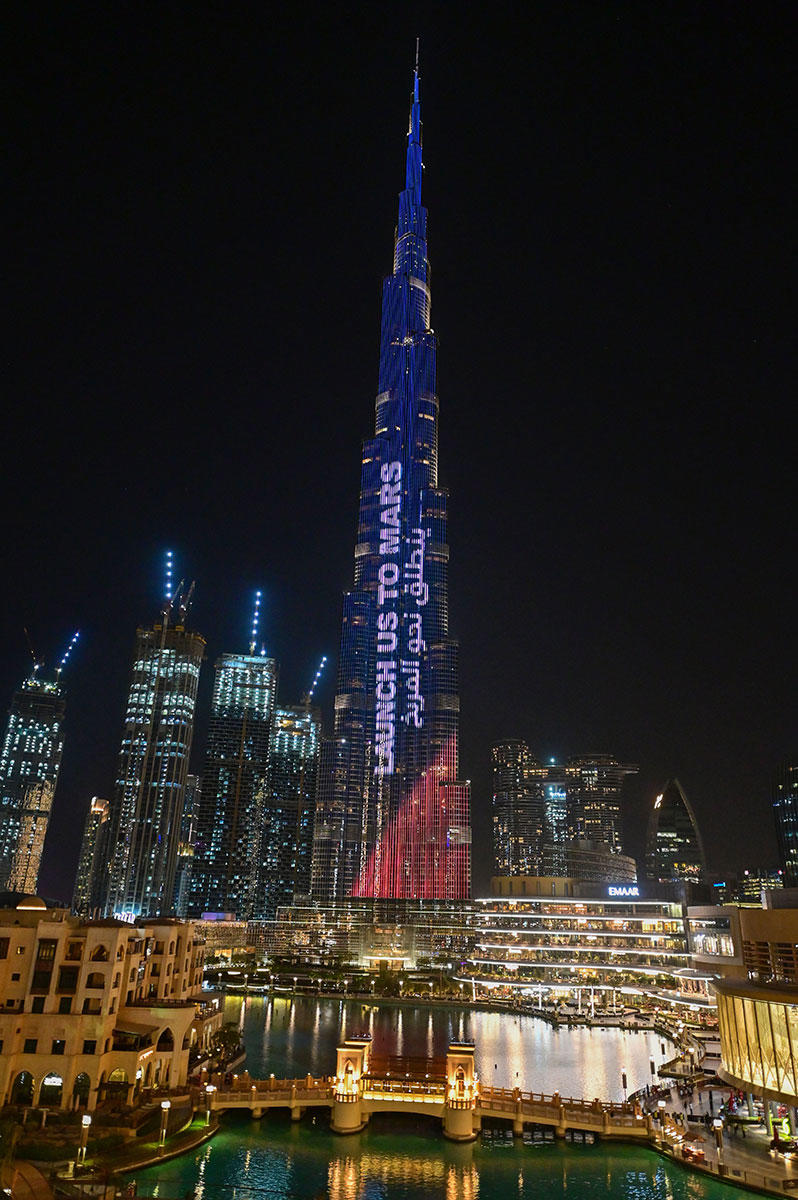 “The launch of Hope Probe has certainly created a new era in the history of UAE’s scientific achievements. It is not merely the first Arab space mission to Mars, but a true inspiration for our youth”

Dr Ellen Stofan, director of the Smithsonian’s National Air and Space Museum and former chief scientist of NASA, perhaps summed it up the best: “To every young girl, never allow anybody to say you cannot achieve greatness. Sit at the table where decisions are made and don’t allow anyone to say you do not belong. For young Emirati women, look to Sarah Al Amiri as a role model and inspiration.”

Europe’s most popular EV isn’t a Tesla, Nissan, or VW

Startups Weekly: How will we build the city of future?