IoT Edge serves as a telemetry system to collect data and transfer it to Cloud-native applications. But in 5G, there is an Edge network introduced in which the latency time is much less to respond to a given Event in an IoT Node. IEEE 21451 is one of the popular standards that have been used for handling the above mentioned IoT Node-based events in the industrial control segment. Further, IEEE is bringing a standard P1451-99 to establish service harmonization.

“The expansion of smart sensors usage is being hindered by the lack of a universal standard, especially in the wireless region. Recognizing that no single sensor bus or network is likely to dominate in the foreseeable future, the IEEE 1451 set of standards was developed to unify the diverse standards and protocols by providing a base protocol. One feature of the IEEE 1451.0 open standard is that the data and TEDS of all transducers are communicated on the network (Internet) with the same format for all sensors and actuators for both wired and wireless networks. The development of the main parts of the IEEE 1451 standards, including those relating to wireless, have recently been approved. This smart transducer standard is illustrated with several wired and wireless network examples.”

5G network provides an option to plug IEEE 21451 as a part of handling IoT data flow and also associated AI-based applications for modern industrial, healthcare segments, supply chain, and several business verticals. The following diagram provides information on the application layer to the hardware layer. It appears that Openshift actually plays a key role in automating the delivery of workloads on RHEL and associated hardware from Intel and BAREFooT. Mentioned deployment is using a software solution from Kaloom to automate Network related workload.  However, Kaloom provides support to User Plane Functions, but there is no provision to handle IoT data such a time sensitivity parameter can be taken care of. The following diagram provides software and hardware used in Leaf or Spine Switch. Tofino is an ASIC processor to perform high-speed packet switching and also P4 language is used to program Tofino. A similar thing is done with FPGA (stratix 10) as well.

The above diagram shows a reference architecture of IEEE 21451 based IoT systems. IEEE 21451 enables the interoperability of smart transducers and enables service harmonization. Another important observation to be made is use of ANSI/IS-95 standard along with the IEEE 21451 family of standards. Further, IEEE 21451 NCAP can interface with a variety of smart transducers (wireless, wireline), and extendable to interface with PLC’s (Programmable Logic Controllers), OPC-UA element, Modbus etc. 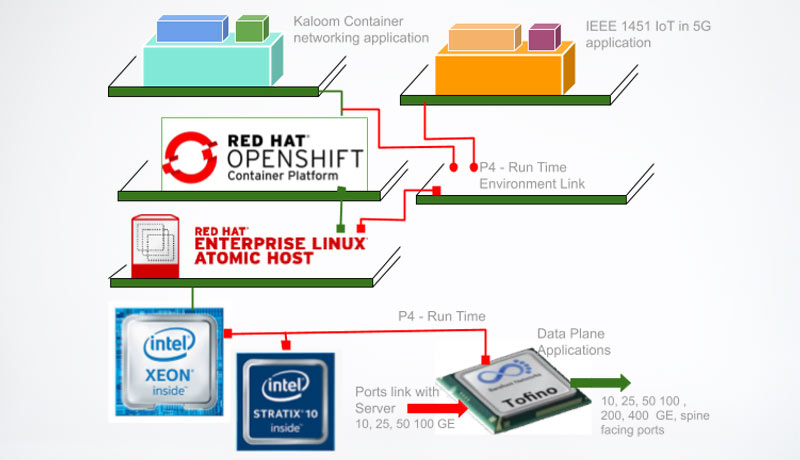 “P4 was first described in a paper entitled “Programming Protocol-Independent Packet Processors.”  P4 allows a programmer to fully arbitrarily define how packets traversing programmable dataplane blocks will be processed. The commonly used term in P4 is a target, which represents a variety of devices—switch, router, Network Interface Card (NIC) inserted into the server, a software switch—which in general can be programmed using P4. ++The great advantage of P4 is that it allows for processing not only standard well-known protocol headers (e.g. Ethernet, IP, TCP, etc.) like traditional switches or routers normally do, but also fully custom ones”

P4 language is used to program Dataplane work which will be handled in CPU or CPU and Tofino or CPU and Stratix 10 FPGA.

Following diagram provides information on the tool set used in each processor. DLtrain is Edge-Native platform that has provision to handle both (compute and network) workloads. 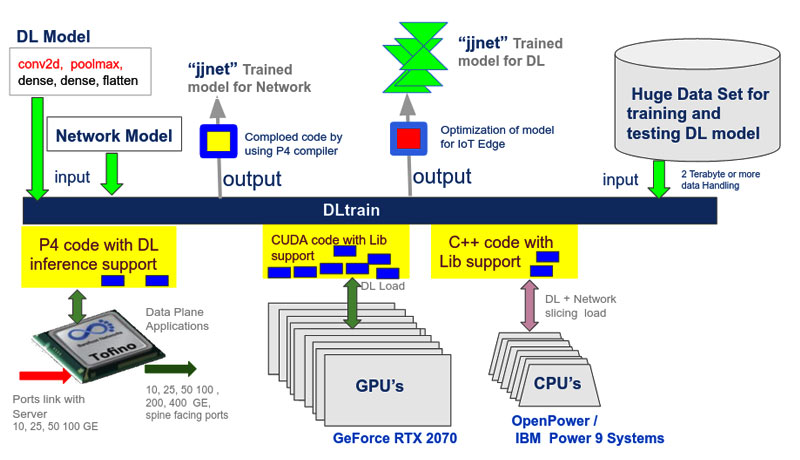 GPUs:  this is used in training NN Model

ASIC:  Tofino will be used to handle Network Workload in real time. 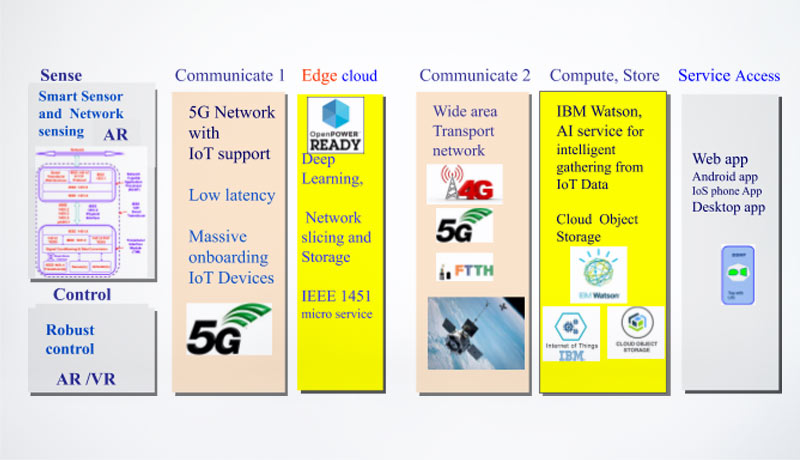 “Thanks to Mr. P V S Maruthi Rao (pvsmaruthi@ieee.org) for providing detailed information about smart sensors which is presented in section 6.”

Dr. Jayakumar Singaram is a founding member of Rinanu Semiconductors, Epigon Media Technologies, PiiTech Systems and GPTL. Dr. Jayakumar is also an alumnus of IIT Bombay and has been on the forefront of the emerging trends in embedded systems and IOT, having worked with organizations like HAL (Helicopter Design Bureau), Cranes InfoTech, Mistral Solutions and Essel Utilities and some significant others over a career spanning across two decades. He has worked on key projects such as design and development of the Karaoke Machine (a project in collaboration with Analog Devices and MIT Media Lab) for TAITO Corp. He also worked on Satellite Radio Receiver for WorldSpace broadcast Satellites (and DAB Radio Receivers), using low-cost Digital Signal Processors.

Ransomware: Don’t let backups be the back door